Some of my media appearances:

It all started a number of years ago in 2006 and I didn’t think for one minute that I would be sat here writing my own website for the whole world to view, but I am.

Following the fundraising for PSF UK, i contacted my local newspaper who ran with the story.  Shortly after I received a visit from a press agency and my story was sold to various newspapers and magazines.

I appeared in UK newspapers such as The Sun & The Daily Mail.

I was offered an appearance on the UK live chat show called This Morning. This was always a dream of mine when all the media interest started. So in September 2006 i went down to london. It was a great experience and Phil and Fern are just as nice off screen as they are on. 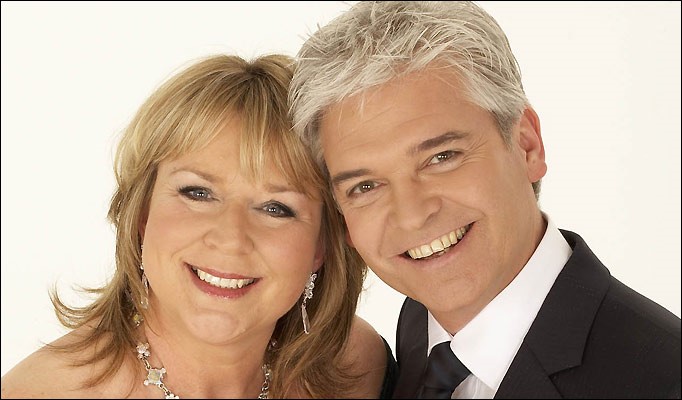 I filmed for my German debut on 27th of October 2006 and  it was aired later that month as well as twice in December, 2006.  They filmed me doing things around my flat, driving my car, having lunch with friends. Plus they interviewed Sue my friend about what it is like going out and about with me and does my disability restrict us from doing things that you may do with your friends.

I was interviewed by Nick Ferrari on his morning breakfast show on LBC Radio 97.3 fm. So hopefully again more awareness has been raised for the cause and people maybe willing to help with any fundraising in the future. 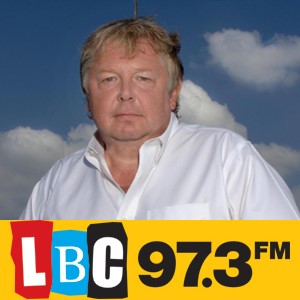 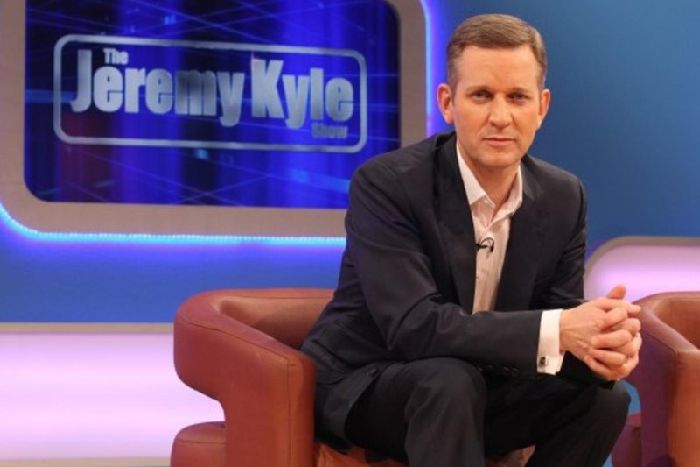 I was asked to go on the Jeremy Kyle show, on a show entitled Inspirational Women. This was quite an experience, but a positive one, everyone was very friendly and helpful in ways that I didn’t expect them to be. Jeremy himself was friendly and did make me feel at ease. The interview was quite short and covered things about my life, peoples reactions, and being so positive about life.

On Easter Monday the Jeremy Kyle show was aired. From this I received so many positive reactions from total strangers, people who emailed me saying how amazing, brave and beautiful I was.

During February 12 – 20, 2007 I had been in touch with an Austrian TV company who wanted me to travel to Vienna to take part in their TV show to discuss my condition and how I live with it.  The company have been very generous as I can stay in Vienna for 5 days and take in some of the sights, whilst staying in the Hilton, a 5 star hotel. 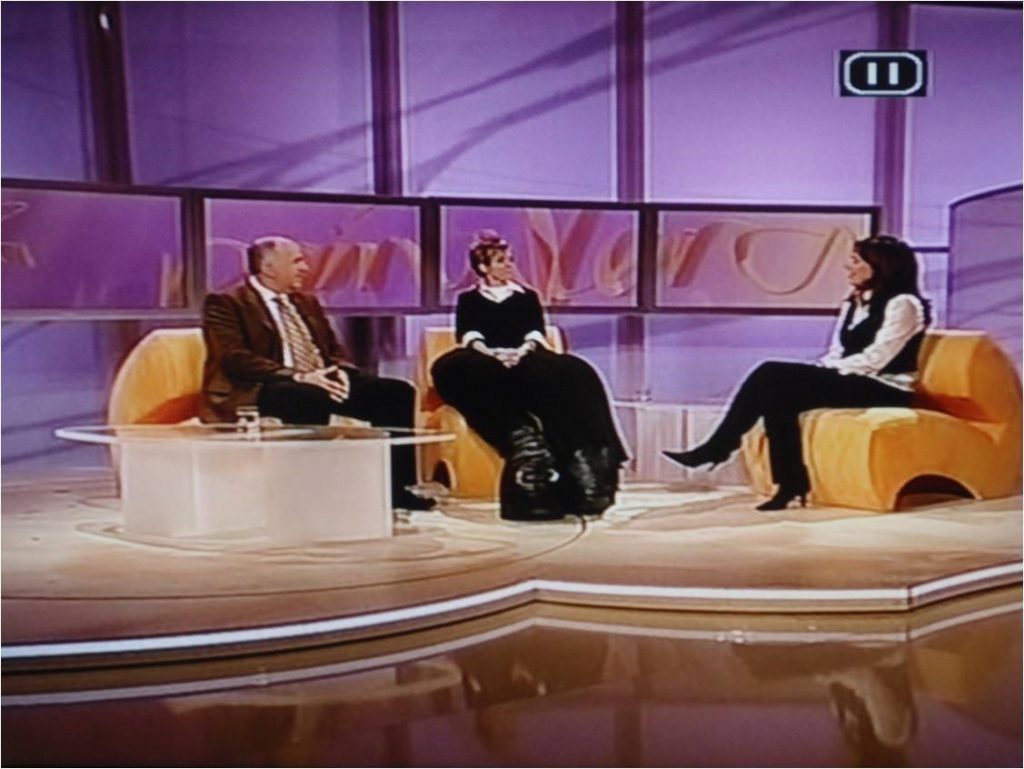 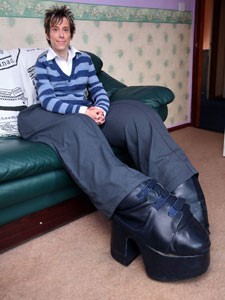 Sunday April 29th I was in the Sunday Mirror, an excellent article, thoughtful, informative and well written, Again hopefully shall raise more awareness for the condition.

Not long after this the Sky documentary was to be aired on the Discovery Channel. Yet, before that there was a media frenzy, where I did the following: Radio Lancashire, Rock FM (a local Lancashire station) Lancashire Evening Telegraph newspaper and BBC News Northwest 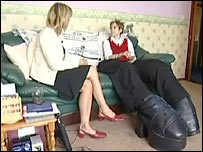 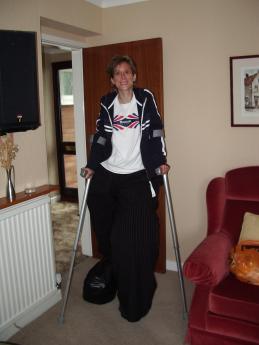 Just before the Channel Five’s Exraordinary people series was to be aired I featured in the newspaper the Daily Mirror, please see this link for the full article:http://www.mirror.co.uk/life-style/2008/08/14/doctors-don-t-know-why-my-legs-are-getting-bigger-115875-20697469/

In October 2007 I had talks with a production company in Manchester and started filming over the next few months for Channel 5 and their popular series ‘Extraodinary People.’

The filming had been hard at times with long days and physcially draining for me, yet at other times I had learnt things, got to meet people I would have never have met.

I finally got to meet Gwen who is someone else who lives with an overgrowth condition. Gwen has already had amputation of one of her legs and this has improved her life beyond words. Will mine be the same?

I also got to meet with a leading surgeon and a prosthetic team in Oklahoma. 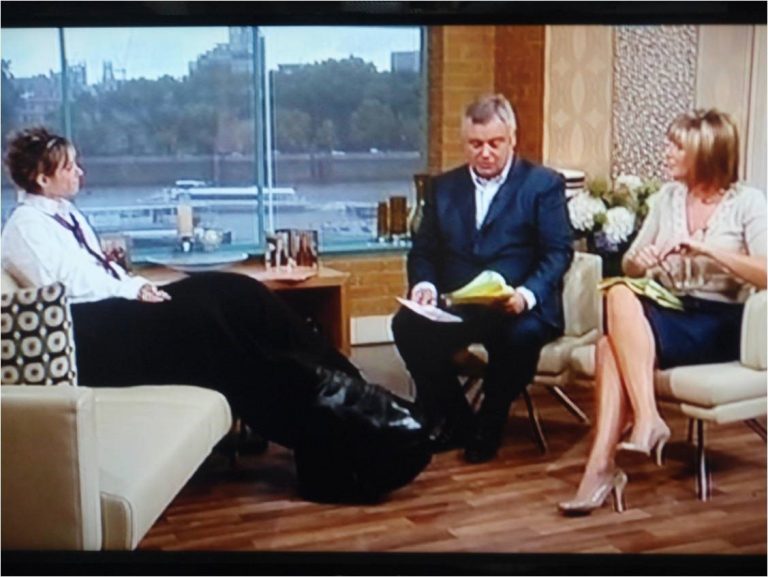 Plus again I got to fulfill my dream and go into This Morning again. This time Phil and Fern were on holiday so I was interviewed by the ever so lovely Eamonn Holmes and Ruth Langsford.

Since this Extraordinary People programme was aired I have been on a programme in the USA, on ABC entitled Medical Mysteries. This was filmed in April 2008 and was aired in September 2008.

I did a small piece to camera for an American programme called Inside Edition. This was aired back in November 2009 in the USA and was received very well. 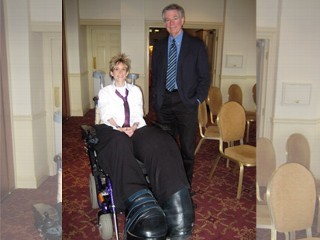 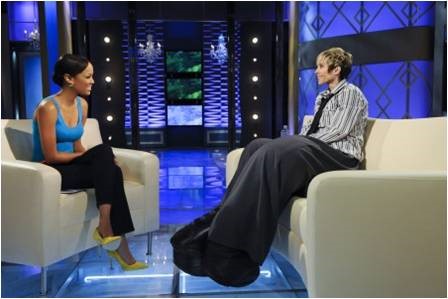 In November 2009 I got to fly to New York to appear on the Tyra Banks show. This was a good experience for me and my first, but hopefully not my last visit to New York, which I loved.

Following this a new documentary was made in 2010 following me after the amputation of my left leg. 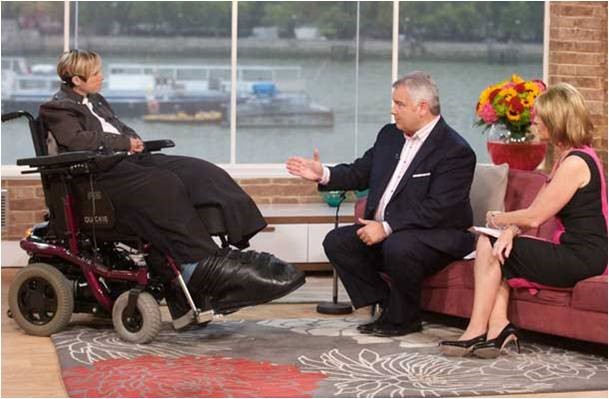 In August 2011 I got to go back on my favourite program in the UK ‘This Morning’ A live tv chat show.
Again I got to meet the Lovely Eammon Holmes and Ruth Langsford to talk about my latest documentary ‘losing one of my giant legs’

This also led me to be able to go on ‘This Morning’ again to advertise the program.  This time I was interviewed by the lovely Emma Willis and Stephen Mulhern:

My Interview with Chris Williams, interview on You Tube here: